The IT service provider adesso is taking lottery expert Miriam Lindhorst (42) on board. The experienced manager was the CEO of the international Novomatic Lottery Solutions group and was most recently in charge of running the Catalan state lottery.

Effective immediately, Miriam Lindhorst will be bringing her extensive knowledge, experience and contacts from the lottery and gaming technology industry exclusively to adesso and its customers. The fully qualified lawyer and computer scientist has 15 years of experience in the gaming sector most recently leading the creation and management of the business activities of the Novomatic Lottery Solutions (NLS) technology group, one of Europe’s leading providers in the field of gaming, from November 2014 to July 2016. Over the course of the last year-and-a-half, Miriam Lindhorst has been successfully focussing on setting up and overseeing the operations of the Catalan state lottery as CEO of the Spanish NLS subsidiary. 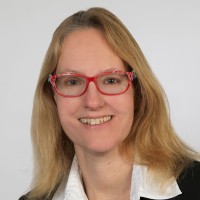 Dr Rüdiger Striemer, in charge of the Lottery division at adesso, has been following Miriam Lindhorst’s industry career for many years. “Miriam knows the international lottery business and the gaming sector from the ground up. She has been a leading figure in this sector since completing her thesis on the technology used by 16 German lottery companies. Her expertise as a renowned and experienced sales and marketing expert in the gaming industry has won us over. We are delighted to have brought Miriam on board as a member of the adesso management team!”

Miriam Lindhorst will still be involved with the lottery sector at adesso in the future in an advisory role, but will primarily be focusing on the internationalisation of the adesso Group. The multilingual manager has an extensive respectable track record working for international gaming groups like Aristocrat and IGT and has an excellent intercultural background resulting from her work with corporate customers in Europe, Australia, the U.S. and the Middle East.

Within the adesso Group, Miriam will be setting up and running the new Spanish subsidiary in Barcelona. An announcement is expected to be made about its official founding in the first half of this year.