The InVerSiv research project delivers intelligent infrastructure for greater safety in urban traffic. At the conclusion of the project, the IT service provider adesso presents a vision for enhanced road safety in the future.

Our conurbations and major cities have constantly growing traffic volumes. Our urban roads are congested at peak times, and traffic jams and accidents are a daily occurrence. New mobility concepts, including e-scooters, will soon hit our streets. Intersections are a particular flashpoint for urban traffic. The greater the number of road users in a confusing environment, the greater the potential for accidents at these junctions.

That’s why the recently completed InVerSiv research project aimed to improve safety at busy, complex intersections. Following the two-and-a-half year research phase, the results of the project are currently being presented. The acronym InVerSiv stands for “Intelligent transport infrastructure for safe networked driving in the megacity” (Intelligente Verkehrsinfrastruktur für sicheres vernetztes Fahren in der Megacity), reflecting its goals. adesso is presenting the results of the project together with its consortium partners – premièring today with a live demonstration at a real intersection in Dortmund.

Modern sensor technology detects every movement and every road user at the intersection | InVerSiV Smart Intersection: The local communication system for the research project InVerSiV - a development of the TU Dortmund, Chair of Communication Networks (Copyright: adesso)

The basic idea of networked traffic infrastructure is to prevent collisions and accidents – for all road users, from drivers of trucks and cars to cyclists and pedestrians. It involves installing a variety of sensors and cameras for environmental recognition at critical intersections. The information generated is collected and graphically processed using a so-called edge cloud – this was adesso’s focus in the project. Real-time playback of the situation at the intersection is sent to a special app, which road users can access using their smartphone. The app could, for example, use sound to warn a truck driver who is turning a corner that there is a cyclist in their blind spot. The app can also safely direct pedestrians in confusing situations, for example when crossing a busy road. The traffic situation is clearly displayed on the smartphone screen using a map section – all road users are visually represented in the current environment. The first prototypes of InVerSiv only show the situation graphically on the screen as yet. However, in the long term it will no longer be necessary to look at the smartphone: the final version of the app will include integrated acoustic and voice outputs to safely direct the road users, and warn them using sounds when necessary.

The success of this infrastructure project relies on the optimum combination of numerous technologies to allow them to work together seamlessly. Various devices and sensor types, including radar and infrared, deliver aggregated data to individual road users. The particular challenge presented by the project was to develop infrastructure that is capable of transmitting data to road users in real time. To prevent collisions and accidents, people must be able to react appropriately and rapidly.

IT expert Thomas von Schwartzenberg, project manager at adesso, comments: “We decided on an edge-cloud concept, which analyses and processes the collected data directly on site, in the cloud over the intersection, and not in a central data centre. That reduces the distance over which data has to be transmitted, and the time this takes.”

InVerSiv’s project sponsor was the state of North Rhine-Westphalia. Along with adesso, the consortium leader, it contracted four further organisations with sub-tasks: the Technical University of Dortmund’s Faculty of Electrical Engineering and Information Technology, Wilhelm Schröder GmbH in Herscheid, CommAgility Ltd in Duisburg and SGS TÜV-SAAR GmbH in Dortmund. The project was supported by the European Regional Development Fund (ERDF). 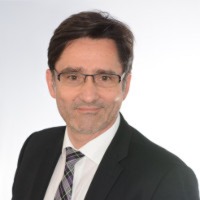