Today, on European 112 Day, the Björn Steiger Foundation and the association Mobile Retter announced that they would merge. In the future, both organisations will work together to improve emergency services in Germany. The technical solution and the platform for Mobile Retter are provided by adesso.

Since 2017, adesso and its subsidiary medgineering have worked with the association Mobile Retter to develop the first-responder communication system for dispatch centres in Germany. The aim is to improve first aid for people in life-threatening situations using a modern, smartphone-based notification system. Last year alone, more than 4,600 deployments were triggered via Mobile Retter.

The Björn Steiger Foundation, which is merging with the association, has been working to improve emergency assistance throughout Germany since 1969. In this anniversary year, the foundation will look back at the milestones in its social engagement, including the introduction of the national free emergency numbers 110/112, the development of the network of emergency telephones on German roads, the introduction of radio communication in ambulances and the development of the air rescue service. With the two initiatives combined under one roof, as a single non-profit organisation, the 15,500 currently registered Mobile Retter volunteers will become part of the Björn Steiger family.

“We are very pleased about the merger,” said Pierre-Enric Steiger, President of the Björn Steiger Foundation. “Rapid deployment means the Mobile Retter volunteers help save lives. Their project is based on the latest communications technology, making it a perfect match for our foundation. In our 50th year, that will help us be even better prepared to offer emergency assistance in the future.”

The technical infrastructure for the Mobile Retter emergency app is supplied by the adesso subsidiary medgineering. The fully autonomous system is designed to complement the existing rescue system. It locates and directs registered medically trained first responders including nurses, paramedics, fire fighters and rescue swimmers to deployments in their vicinity using a smartphone app. In some cases that will allow a Mobile Retter volunteer to reach the patient faster than the notified ambulance, which, in Germany, takes an average of nine minutes to arrive at the scene of the emergency.

Markus Lünsmann, Managing Director of medgineering GmbH, comments: “Last year, thanks to our app-based alarm system, Mobile Retter volunteers took an average of just four-and-a-half minutes to reach the scene of an emergency – for example, following a cardiac arrest that is more than four minutes extra to start resuscitation before an ambulance arrives. For many people, that is the difference between life and death, and that’s what drives us.”

The Mobile Retter system is currently used by dispatch centres in ten German regions. In the future, the Björn Steiger Foundation and Mobile Retter want to leverage their combined strength to expand the system to all German districts and municipalities. The app is called Mobile Retter and is free to download from the Apple App Store and Google Play Store. 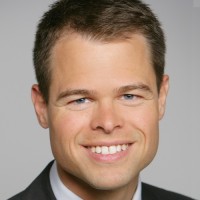 The two organisations announced the merger today at a press breakfast at the auction house Lempertz in Cologne.

With our press service, we provide you with various materials that complement our corporate news or serve as background information.

To the press service