Scrum is particularly suitable for the development of complex products. During project launch, only a basic idea of the final product exists. It is not before the development process that the concrete requirements are identified one after the other by the stakeholders. Consequently, the creative process and idea generation are given high priority.

The Scrum team acts in a self-organising and interdisciplinary manner. Ideally, the team observes the Scrum values and, if a mature agile approach is applied, it always strives to improve, reflect on and question its own project decisions.

So what happens with ideas that come up in the development stage or that are uncovered gradually? The Scrum Master has a supporting role, the product owner has sovereignty over the backlog and the team is in charge of implementing the project. So, in general, the duties are clearly assigned. The product owner has final say on which requirements will be included in the backlog.

Appreciation of the ‘idea’ evolved thousands of years ago

Greek philosopher Plato (427–347 BCE) was among the first to value the power of the idea. In his parable of lines, Plato placed the idea at the top of the hierarchy of the human creative process. Plato erected a ‘theoretical construct (...) that had an impact on the history of Western thought like no other’ (dtv-Atlas der Philosophie (2000), p. 39). According to Plato, the idea is conceived through the mental capacity to discover it. This means that the idea itself already existed and is simply rediscovered by means of intellectual activity.

Parable of lines and Scrum

Plato developed a system that allows for classifying the various human insights. It divides the recognisable reality into four unequal areas (AB, BC, CD, DE), which are represented on an axis along the line. This disparity reflects the appreciation of the respective areas. In literature, the term worlds or realms is often used, such as ‘realm of the idea’. Sections AB (1st area) and BC (2nd area) represent findings that came about as a result of the process of cognition (intellect, reason). Sections CD (3rd area) and DE (4th area) of the line represent the realm of the visible (belief, speculation).

While it is the intellect that draws conclusions from observation and experience, reason takes humans to a higher sphere by allowing us to see the underlying ideas.

According to Plato’s parable of lines, the idea is considered the supreme reality. When applying this concept to project work, ideas should therefore be given high priority. Ideas arise constantly and everywhere, be it in project workflows, during coffee breaks, at the weekend or in the favourite places of those involved in the project. However, ideas are fleeting and thus need to be preserved. In their free time, each project stakeholder is responsible for this themselves – either by jotting down a note on a piece of paper, by recording a voice memo or by making a drawing on the forearm. The Scrum Master must actively contribute to protecting these ideas. An ‘idea corral’ could help to visualise them.

Ideas alone do not bring added value to a project, but they act as incubators for future innovations. The people who came up with an idea believe in it, have an opinion, make assumptions and see something in it in the way Plato envisioned. We do not judge – there are no good and no bad ideas. From the perspective of the contributor of an idea, a good idea is usually associated with the fact that it can be implemented with one’s own resources and skills. In this context, contributors focus on their positive experiences and successful solution scenarios (‘We can solve the problem with an app. I am a good app developer; this is how I can contribute.’). The team eagerly accepts this input; after all, it appears to provide a quick solution to the problem at hand. However, this carries the danger of perceiving the initial idea as the only viable solution. As a result, the creativity of the group is stifled, and no new solution approaches are discovered. This can lead to team members not voicing their alternative ideas or, if they do, the new idea is immediately compared with and weighed against the first idea, the app development. But it is precisely this diversity of ideas and the resulting discourse that should form an integral part of project work.

The added value of ‘lesser’ ideas

Ideas that seem inferior at first glance can have a particularly positive impact on the subsequent creative phase. Good ideas point to solutions all too readily, while lesser ideas ‘irritate’ due to their unrefined nature and the initial reflex of deeming them unsuitable.

The Scrum Master should not allow these ideas to be discarded for the sake of rational arguments (out of scope/budget, no time, this is not our focus). In the next step, these ideas are further enriched. Do they fit the project purpose and objective? The Scrum Master selects the appropriate creative or innovation method in this stage. The chosen method should deliberately not be an agile one. LEGO Serious Play, Liberating Structures or Design Thinking, for example, are more suitable. The Scrum Master remains guardian of the process. He or she is the moderator and ‘supreme protector of ideas’. He or she accompanies the idea on the team’s way to illumination. Along the way, care must be taken to ensure that the project team adopts both the associated and dissociated positions in the creative process. Those involved should alternate their viewpoint between belief, knowledge, reason, opinion and speculation. These critical changes of perspective allow the ideas to evolve. The project team should not be the only ones involved in this maturing process. The inclusion of external opinions is highly encouraged. Onlookers and bystanders, whom the Scrum Master should normally keep away from the team, are valuable sparring partners and sources of inspiration at this stage of the idea creation process.

At the end of this stage, the Scrum Master, together with the product owner, can decide how to move forward with the ideas that have been identified (see Figure 2). The economic success of the product remains the responsibility of the product owner. This role is often very passionate as regards the content of the backlog. This can lead to discarding ideas in the early phase of the idea creation process, for example as a result of ‘not-invented-here’ syndrome. If an idea does not come from a specialist stakeholder, it is often not considered further.

Therefore, the product owner should focus on elaborating, enriching and negotiating the content. The implementation and specific format of the idea process should be entrusted to the Scrum Master.

Consciously protecting and removing ideas from project work increases the effectiveness of projects. Rather than being included in the backlog in an unfiltered manner, ideas can develop and ripen in an individual manner. In his theory of knowledge, Plato says that reason recognises the essence of the idea. The Scrum Master can use this reason to turn ideas into drivers for a new reality.

If you would like to learn more about exciting topics from the world of adesso, then check out our latest blog posts. 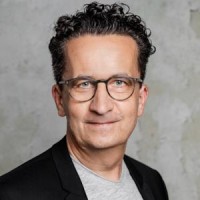 Andreas Kramp is head of the Competence Center Agility in the Line of Business Banking at adesso SE and his consulting focus is on agile methods and organizational development. He also advises customers on how to build a culture of innovation within the company.