ReachBird – one year as part of the adesso SE team

A year in review

About a year ago, major changes were in store for ReachBird and its team when it was acquired by adesso SE. Today, we can look back on an exciting and successful year and look forward to reflecting on our experiences during this time. We would also like to take the opportunity to thank everyone for this wonderful time.

‘On behalf of the entire ReachBird team, I would like to thank all adessi for their open, trusting and productive cooperation. We are proud to be part of adesso SE and look forward to our future endeavours together. There is a lot we can still accomplish as a team!’

Let us first go back to 2015. That is the year ReachBird was founded by Philipp Martin, Benedikt Ess and Julian Freese. The three university classmates spotted a gap in the market almost by chance and exploited it to build up a successful company. They teamed up to create an influencer marketing platform that is used to manage influencer campaigns, build influencer relationships and evaluate partnerships. ReachBird steadily expanded its service portfolio to provide customers with the best influencer marketing campaign possible. In short, it has been matching brands with influencers to place advertisements on social media for seven years.

Let us now fast-forward to 2021. More precisely, early July of that year. That is when it was announced that ReachBird was being acquired by adesso SE. This marked the start of an exciting time for the entire team at ReachBird.

We were set to move into the adesso office a short time later in August 2021. Right from the very start, we discovered that adesso and ReachBird share the same values and corporate culture. This made the integration process easy for us. Great value is placed on the employee, which is also reflected in numerous perks and services on offer.

The summer festival was held shortly after we moved into the office. Wearing dirndls and lederhosen, everyone from adesso and ReachBird celebrated a summer party Bavarian style at the Munich office. We were really excited that the entire ReachBird team was also invited, since it gave us another opportunity to get to know our adesso colleagues away from the office and our day-to-day work.

Small meet-ups held over the course of the past year also helped make us feel like part of the adesso team. The quarterly meetings with the online marketing unit from the Line of Business Digital Experience brought together a wealth of online marketing expertise. In other words, there were a number of exciting conversations and topics to broaden your horizons. As luck would have it, there was also plenty of time to get to know each other live and in person.

In May 2022, adesso marked its 25th anniversary. As part of adesso SE, we joined in the celebrations and got to learn a lot more about the history of adesso.

While this was all going on, preparations were already underway for another major project in which adesso and ReachBird could bring together their creative skills. In June, the corporate influencer programme #adessovoice was launched. As part of the pilot project, we were able to get more than 50 adessi on board to act as corporate influencers on social media for adesso. This includes not only ‘adesso Voice’, but also a long-term strategy as well as numerous workshops focusing on topics such as ‘social media platforms and profiles’, ‘community management’ and many more that are part of an effort to turn the corporate influencers into experts.

Being part of adesso has not only brought us together with many great adessi on a personal level, but also opened up a number of opportunities. Over the past year, we identified, established and added a growing number of external contacts. This has also enabled us to create long-term potential for our customers, and we now manage a number of customers together. We have teamed up to create a fully optimised landing page for the influencer marketing campaign and jointly manage the company’s social media presence so that there is something to see for the influencers’ followers as well. These and other projects are no problem if we continue to work together as well as we do now.

After a year as part of adesso, we would like to thank every member of the team as well as all our new colleagues at adesso. We are really delighted that all of you welcomed us with such warmth and openness. It could not have gone any better.

I would like to extend a huge thank you at this time to all customers and partners who have accompanied us on this journey and, of course, to everyone who recently joined the team. We look forward to our future work together and many more years of success!

Visit the ReachBird website to learn more: https://www.reachbird.io/de/ You will find more exciting topics from the adesso world in our latest blog posts.

Why not check out some of our other interesting blog posts? 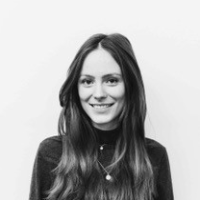