Excellent prospects and diverse career opportunities for women in IT

With the initiative ‘She for IT’, adesso is looking to strengthen and promote women in the IT sector. Presently, 16 per cent of our IT professionals are female. The proportion of women in IT professions throughout Germany lies at 17 per cent according to the industry association Bitkom. Our goal is to significantly increase the number of female computer scientists, female consultants, managers and junior staff in IT at adesso in the next few years and to make a long-term contribution to making more girls and women interested in a professional future in IT.

That’s why we are starting at an early stage: we go to schools and universities, play an active role in the teaching of computer science and specifically target girls. We offer taster workshops for girls and young women, for example at Girl’s Day or IT4Kids workshops. School sponsorships, adesso workshops for female students as well as our ‘adesso female lectures’ are further initiatives intended to break with typical IT clichés and to contribute to giving girls and women a different image of IT as an exciting, future-proof job with career opportunities. 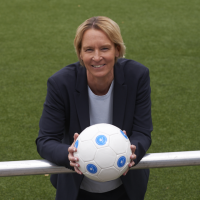 “With my experience, I would like to encourage girls and women to live out their strengths and interests. Women can perform in male-dominated professions just as well as men. All that matters is that you are passionate about what you do. This was my experience time and time again during my career as a footballer and trainer, because I was committed to my beliefs”. 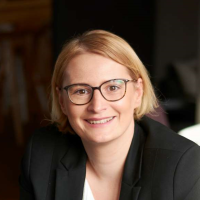 “Why should women not work in IT? It is an exciting, multifaceted field of work that also ensures economic independence. I would like to see even more women opting for IT in the future. I am glad that my employer is very interested in this topic and that adesso is looking to inspire young women to study computer science at an early age.” 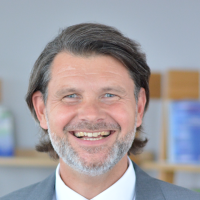 “We would like to get female junior staff into training programmes and retain them in the long term. The women who already work at adesso receive the best possible support, so that they can confidently contribute their expertise in management positions. We would like to contribute to having more women work in IT and that people see the potential of mixed-gender teams.”

Dirk Pothen, Member of the Management Board 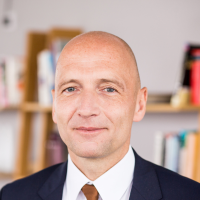 “Women are still underrepresented in computer science as a whole, but their share is growing. We would like to actively support this development and specifically address women with our offers. Research shows that mixed-gender teams are more motivated, creative and efficient, and develop a better understanding of our customers’ needs.”

Volker Gruhn, Chairman of the Supervisory Board

#3Compatibility of work and family life

Do you have questions about our She for IT initiative? Talk to us, we look forward to hearing from you.