The Essence of Software Engineering

The Essence of Software Engineering

Yuriy Brun is an Associate Professor with the College of Information and Computer Science at the University of Massachusetts, Amherst. His research interests include software engineering, self-adaptive systems, distributed systems, and software fairness. He received his PhD from the University of Southern California in 2008 under the supervision of Nenad Medvidovic and he was a Computing Innovation postdoctoral fellow at the University of Washington until 2012 under the supervision of David Notkin. Prof. Brun is a recipient of the NSF CAREER Award in 2015, the IEEE TCSC Young Achiever in Scalable Computing Award in 2013, a Best Paper Award in 2017, two ACM SIGSOFT Distinguished Paper Awards in 2011 and 2017, a Microsoft Research Software Engineering Innovation Foundation Award in 2014, a Google Faculty Research Award in 2015, a Lilly Fellowship for Teaching Excellence in 2017, a College Outstanding Teacher Award in 2017, and an ICSE 2015 Distinguished Reviewer Award. 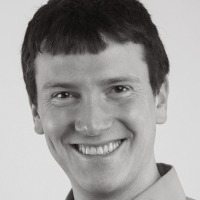 DEATH TO ALL METHODS - FREE THE PRACTICES

Dr. Ivar Jacobson will revisit the history of methods with method wars and fashionable method frameworks. He will explain why we need to break out of our repetitive dysfunctional behaviour, and introduce Essence: a new way of thinking that promises to free the practices from the methods and enable true learning organisations. Free the practices so that teams can experiment, innovate and plug and play with proven practices to create their own way-of-working that they need today and seamlessly evolve into the one they need tomorrow.

Dr. Ivar Jacobson is a father of Software Engineering with contributions such as component architecture, use cases, Unified Modelling Language and Rational Unified Process. Since 2005 he has been working on how to deal with methods and tools in a smart, superlight and agile way, resulting in the Essence standard kernel and language. He is the principal author of seven influential and bestselling books. 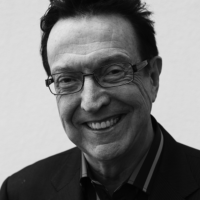 BLOCKCHAINS AND THEIR IMPLICATIONS ON SOFTWARE ARCHITECTURE

Blockchains introduce a set of key characteristics revolving around decentralized control and trustless interactions. These make them transformative for the next generation of business applications. A “blockchain-aware” software architecture must not compromise but fully align with these characteristics. Ensuring this, however, is far from being trivial. This talk explores important architectural needs when engineering blockchain-based systems – focusing on off-chaining data and computation – and discusses ways to approach them.

Stefan Tai is a Professor and Head of Chair Information Systems Engineering at TU Berlin. Previously, he was a Professor at KIT and Director at FZI in Karlsruhe, Germany, and a Research Staff Member at IBM’s T.J. Watson Research Center in New York, USA. Stefan Tai has more than 20 years of experience in industry and academic research in the areas of distributed systems, information systems, and software service engineering. He is passionate about modern distributed systems technologies and their practical applications to address grand business and societal challenges. 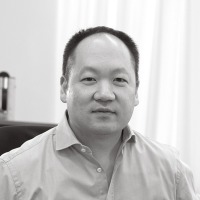 Software process models are in a shambles. At one end, CMMI and such help assess adherence to codified management rules but impose bureaucratic strangleholds on projects and programmers. At the other, agile methods rehabilitate the importance of code but do little to promote adoption of modern approaches to software quality. Variants abound, such as the spiral model, but they are subject to endless interpretations. Sooner or later model fatigue sets in and teams start doing whatever suits their needs, filling the forms, if necessary, to placate authorities but not gaining much from the theoretical models. This situation is unhealthy since a serious engineering approach needs to rely on a widely accepted process model that fosters that is precise enough to help teams achieve defined goals and flexible enough to let each project adapt to its specific circumstances. It is time for a fresh approach. The new ‘All-In-One’ process model presented in this talk, starting from the author’s earlier work on seamless development, the Eiffel method and language, the Single Product Principle and the Cluster lifecycle model, includes a comprehensive set of techniques from the forefront of software engineering advances into a single framework.

Bertrand Meyer is Professor of Software Engineering at ETH Zurich, the Swiss Federal Institute of Technology, research professor at Innopolis University (Kazan, Russia) and Chief Architect of Eiffel Software (based in California). Bertrand Meyer is the author of a number of books in software engineering, most recently an unbiased tutorial and critical analysis of agile methods, ‘Agile! The Good, the Hype and the Ugly’ (Springer). 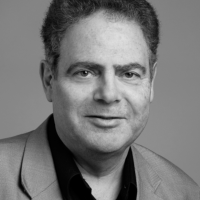 For large distributed partly embedded software systems, a design concept is presented supporting composition, parallelism, and concurrency and finally real time but keeping all of advantages of object-oriented programming. The approach to model, specify and implement systems provides an execution model which is parallel and concurrent in nature and supports real time and composition leading to a system engineering style structuring software systems in terms of functional features, quality attributes, and contracts.

Manfred Broy served as the Founding Dean of the Department of Mathematics and Information Systems at the University of Passau in 1983, and as the Founding Dean of the Department of Informatics at the Technische Universität München in 1992, where he had been holding the Chair of Software & Systems Engineering since 1989. The research groups under his direction addressed the application of techniques derived from mathematics to software and systems engineering. Broy founded the ‘fortiss’ research institute, and currently serves as the Founding President of the Zentrum Digitalisierung.Bayern. 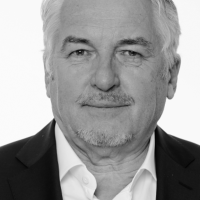 FORMAL METHODS AND AGILE DEVELOPMENT: TOWARDS A HAPPY MARRIAGE

Change makes software different from any other artifact. Although this is known since the 1970s, change is still often handled in an ad-hoc manner. Agile development and, more recently, DevOps have been proposed as a solution, and success stories are reported from industry. Still, principled and rigorous foundations that can be taught, practiced, and systematically replicated are lacking. We distinguish between evolution and adaptation and discuss how software can be made self-adaptive, and how it can cooperate with humans ‘in-the-loop’ to support change. We outline a roadmap of future work needed to progress in tool support and automation to lead to dependable adaptation and evolution.

Carlo Ghezzi is an ACM Fellow (1999), an IEEE Fellow (2005), a member of the European Academy of Sciences and of the Italian Academy of Sciences. He received the ACM SIGSOFT Outstanding Research Award (2015) and the Distinguished Service Award (2006). He has been President of Informatics Europe. He has been a member of the program committee of flagship conferences in the software engineering field, such as the ICSE and ESEC/FSE, for which he also served as Program and General Chair. Ghezzi’s research has been mostly focused on different aspects of software engineering. He co-authored over 200 papers and eight books. He coordinated several national and international research projects. He has been the recipient of an ERC Advanced Grant. 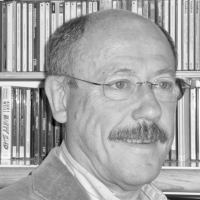