One thing we know for certain: the customer of the future in five to ten years was already born today and is a member of Generation Alpha. The term ‘Generation Alpha’ was coined by the Australian social researcher Mark McCrindl. It refers to the generation following Generation Z . The majority is made up of children born between 2010 and 2025. This will be the first generation to grow up completely in the 21 century. They live in an increasingly turbulent world, COVID-19 and climate change being just two examples of this.

As the children of Generation Y, they are often planned. That’s because their parents find a partner for life on average five years later than in previous generations. The reason for this is that Gen Y women are playing an ever-increasing role in the working world and, compared to previous generations, they are less reliant on their partners.

In most cases, the desire to have children is dependent on having an established career and having repaid their student loans, as the cost of living places a disproportionate burden on young people.The high cost of living is also reflected in the rents that parents of Generation Alpha are often forced to pay in urban centres. To give an example, rents in Berlin doubled between 2009 and 2019, which is increasingly driving young families outside the city.

Generation Alpha’s upbringing also reflects the Gen Y’s parents’ generation. When speaking to their children, they strive to treat them as equals. They seek to impart information knowledge and give them answers when they ask ‘why’, which also informs how they bring their children up.

This is most likely because her parents’ generation is tech-savvy, they use social media as a matter of course and most of Generation Y are so-called digital natives 1.0.
They understand the risks one is exposed to online and take a measured approach to how they let their children use the Internet. Generation Alpha learns how to swipe even before they say their first word. It comes as second nature for them to swipe through photos of themselves on their parents’ smartphone. They learn to do this intuitively as young children by watching their parents. Their lives are likely better documented than those of previous generations. For example, the grandparents of Generation Alpha still brought film in to be developed, while every moment of their grandchildren’s lives is captured on a smartphone.

Many families with children from Generation Alpha no longer have a landline phone. Having fast WiFi and smart devices that make everyday life easier is important to them. AI and speech recognition are a given for this generation – and not just on their smartphones. They benefit from the technical advances made in past generations, many of whom have decades of experience with them.

These advances have driven a rapidly growing global market for smart gadgets over the last two years, with new products coming onto the market at a growing clip. But how is Generation Alpha protected against risk?

Because so few boundaries have been placed on Generation Alpha, they are likely to be highly adventurous, which is why they enjoy spending time outdoors. There are new risks that come with an adventurous lifestyle and wilderness adventures, and Generation Alpha will need to be protected against them in future years.

Even though Generation Alpha likes to spend time outdoors, video analyses show that four out of ten YouTubers produce videos for children which average 1.4 billion views per month.

This demonstrates how important the market for video content is among children and young people today and highlights the potential this space holds.
In addition to this, parents of Generation Alpha encourage their children to use technology and digital media. Sixty-one per cent of them believe that technology fosters their children’s talents and allows them to learn new things.

A wide variety of films, television shows, music and information from around the world is available in every possible language – and it’ll all just a swipe away. Generation Alpha is unique in this respect when compared to the generations that preceded them.

With so much information just a swipe away, networking and sharing with people in their own age group is made easier thanks to social media. As a result, the world is smaller for Generation Alpha, and they can share information more quickly than in the past. This increases the stress this generation faces due to information overload, giving rise to an increased desire to relax and get away from it all. On the flip side, sustainability is an increasingly important issue for Generation Alpha because of this. This is also reflected in the products they choose to consume, and it has a major impact on their purchasing decisions.

Generation Alpha is extremely knowledgeable about man-made climate change and understands the reasons for it and what measures can be taken to mitigate its effects. Climate protection is a hot topic at the moment. As a result, climate change and its impact will have a key role in shaping consumer behaviour in the future. You can find out what the customer journey will look like along with a customer experience to go with this and learn more about the role digital, flexible, customisable products will play in a future article due to appear in October. This article will also explore what Generation Alpha expects of an insurance company.

You will find more exciting topics from the world of adesso in our latest blog posts. 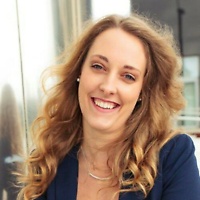 Barbara Häuser is an adesso Consultant in the Line of Business Insurance with a focus on customer experience in insurance sales at adesso's Cologne location.